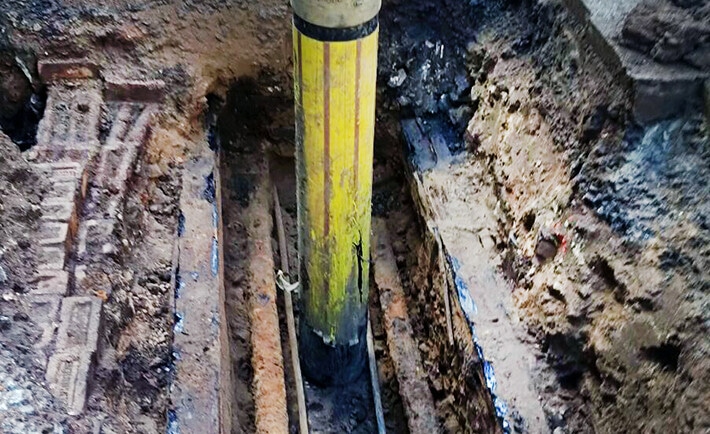 Suction and Vacuum Excavators – Safe Use Is Essential!

Suction and Vacuum excavators are increasingly being used for excavating around buried services, but safe use is essential, says CPA‘s Peter Brown.

Suction and Vacuum Excavators have become prolific items of plant in recent years and particularly suited to carry out excavations around buried services and other sensitive areas where a hand dig-only requirement exists. Hirers and contractors have invested in these specialised machines but as with all plant, requires a trained and competent operator to safely and effectively carry out the work, and for an effective safety management system to be in place. This specialist industry is still new compared to more traditional plant operations, meaning the operator training element was in general limited amongst individual hirers or contractors who have either set up their own in-house training regimes, or through an importers-delivered training programme.

Although a training syllabus for certification had been devised through the utility sector, this was not widespread amongst construction and variations in working practices, and the perceptions of what constitutes the required skill set for the operator, existed. To combat this issue, a Yorkshire-based hirer approached the Construction Plant Competence Scheme (CPCS) with a request to devise a category with a supporting set of training and testing standards to ensure consistency of safe working skills within the industry. CPCS agreed to undertake the work and formed a working group in early 2014, which consisted of hirers, importers and contractors who have subsequently developed a training syllabus and test criteria for the category. It has six endorsements relating to the chassis type and suction hose support and with the development work being complete, the category will be available from mid-June 2016.

During 2015, a tragic accident resulted in the death of the operator of a truck-mounted unit which galvanised the industry into reviewing current safe practices and the management of suction and vacuum excavator operations. In order to prevent such an event occurring again, a number of voluntary meetings of contractors and hirers were subsequently held from which an agreement was made to form a special interest group under the umbrella of the Construction Plant-hire Association (CPA). The membership of this group includes the Health and Safety Executive (HSE), attending as an advisor to legislative and regulatory-related requirements.

The first meeting of the Special Interest Group for Suction and Vacuum Excavators (SAVE) was held in February 2016 and the group’s first aim was to develop a good practice guide, similar in format to good practice guides produced by other CPA special interest groups.

CPA technical staff devised a first draft of the guidance, which was presented to group members at their May 2016 meeting. To reflect the scope of operations and safe working practices, there are initially nineteen content areas and include:
– Management of excavation operations
– Selection of personnel
– Training and certification
– Travelling to and from sites
– Safe operations and exclusion zones
– Use of ground engaging tools, attachments and accessories
– Use of supporting personnel
– Cleaning procedures and dealing with blockages
– Tipping of loads and movement of waste
– Emergency procedures

There will be a dedicated section on the selection, preparation and use of supporting personnel – the second man – who support the excavation operation using a ground engaging tool such as an air or water powered lance and as a number of machines can be operated using a remote control station, further emphasis will be made on the issues of safe operation when working near to the hose and excavation.

In defining the scope of their guidance, group members agreed that it will encompass truck-mounted, trailer-mounted, self-propelled and static suction types but would not include dedicated gully suction-type machines used for sludge removal operations, as the nature of operation differs. However, the guidance will contain information relating to the suction of sludge and liquid-type substances using the excavating machines.

Other issues that the interest group have recognised for discussion and clarification on the use of rebated fuel (red diesel), and other matters relating to excepted vehicles and highway travel. As with all interest group guidance documents, the content contains advice and as well as legislative requirements and is intended for owners, operators, contractors, hirers, clients, site managers and maintenance staff. Although in the early stages of development, the interest group envisage that the guidance should be completed and available from early 2017.