A Brief History of Excavation 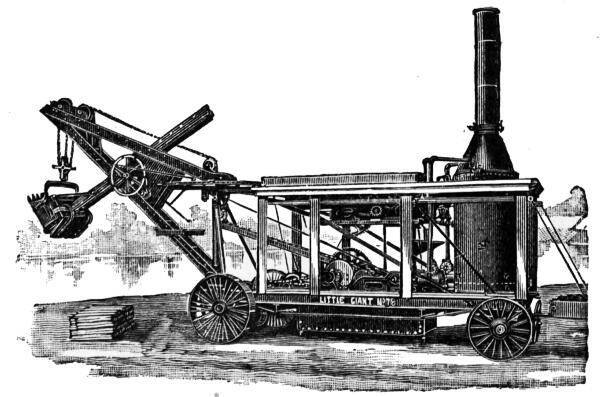 With our 20th Anniversary coming up at the end of August, we thought we would take a look back at the history of excavation and how Vacuum Excavation has grown to become the preferred form of excavation for the leading construction and utility companies.

Excavation originally relied on sheer manpower, but in 1796, Grimshaw of Boulton & Watt devised the first steam-powered excavator. Steam shovels developed and became more popular in the latter half of the 19th century. Originally configured with chain hoists, the advent of steel cable in the 1870s allowed for easier rigging to the winches.

During the 1930s, steam shovels were succeeded by simpler, cheaper diesel-powered excavating shovels that were the predecessors of those still in use today. The end of the Second World War created a surge in construction and with the advent of high-pressure hydraulic hoses, this led to the next development in excavation equipment.

In the early 1950s, two German manufacturers Liebherr and Demag introduced the first generation of modern excavators. Both firms put a hydraulic arm onto a 360o swivel platform, one operated on wheels, the other with tracks.

In the UK, Joseph Cyril Bamford founded JCB in 1945. In 1953, they mounted an excavator arm on one end of a tractor and a hydraulic shovel on the other, creating the first backhoe loader – known throughout the world simply as a JCB.

The History of Vacuum Excavation

Vacuum Excavation was modified from hydro excavation in the 1950’s, with pressurised air replacing water, removing the need for access to water in order to excavate.

From 2000, the demand for Vacuum Excavation led to new designs focused on improving performance on different types of job sites.

But Vacuum Excavators didn’t just get bigger, they got smaller too! Compact units like our City Sucker, combine smaller tanks with improved manoeuvrability in tight work areas.

Vacuum Excavation in the UK

The United Kingdom saw its first modern Vacuum Excavators arrive around 2006. In 2008, PIER (UK) hired their first excavator to safely excavate the ground on a large infrastructure project, completing the job without a single utility strike. Impressed with the safety benefits, we purchased our first Vacuum Excavator at the end of 2008 and haven’t looked back since.

PIER (UK) continued to grow and since 2016 have operated the largest fleet of Vacuum Excavators, not just in the UK, but across Europe.

Since then, PIER (UK) have remained at the forefront of Vacuum Excavation and in 2018 we introduced the UK’s very first Tracked-Vac; an off-road Vacuum Excavator that was specially designed to travel over the roughest of terrain and access otherwise inaccessible sites.

To discover how your project can benefit from Vacuum Excavation, please complete this short form.

We use cookies on our website to give you the most relevant experience by remembering your preferences and repeat visits. By clicking “Accept All”, you consent to the use of ALL the cookies. However, you may visit "Cookie Settings" to provide a controlled consent.
Cookie SettingsAccept All
Manage consent

This website uses cookies to improve your experience while you navigate through the website. Out of these, the cookies that are categorized as necessary are stored on your browser as they are essential for the working of basic functionalities of the website. We also use third-party cookies that help us analyze and understand how you use this website. These cookies will be stored in your browser only with your consent. You also have the option to opt-out of these cookies. But opting out of some of these cookies may affect your browsing experience.
Necessary Always Enabled
Necessary cookies are absolutely essential for the website to function properly. These cookies ensure basic functionalities and security features of the website, anonymously.
Functional
Functional cookies help to perform certain functionalities like sharing the content of the website on social media platforms, collect feedbacks, and other third-party features.
Performance
Performance cookies are used to understand and analyze the key performance indexes of the website which helps in delivering a better user experience for the visitors.
Analytics
Analytical cookies are used to understand how visitors interact with the website. These cookies help provide information on metrics the number of visitors, bounce rate, traffic source, etc.
Advertisement
Advertisement cookies are used to provide visitors with relevant ads and marketing campaigns. These cookies track visitors across websites and collect information to provide customized ads.
Others
Other uncategorized cookies are those that are being analyzed and have not been classified into a category as yet.
SAVE & ACCEPT